Moussa is a passionate storyteller and combines this with African music. Moussa's interest in storytelling started way back in his childhood in Mali, where his father's and grandmother's storytelling had a big influence on him. This has inspired Moussa to write numerous books and songs for children for the past 20 years.

View below for the different children's projects. 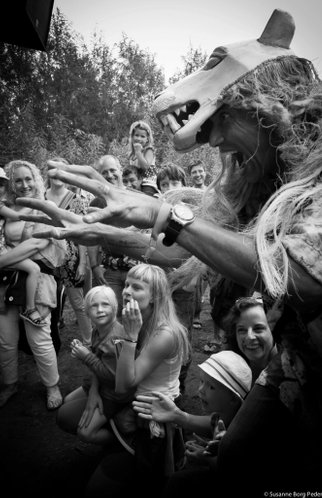 A SERIES OF TEN BOOKS WITH AFRICAN STORIES FOR CHILDREN

Moussa has 10 new books ready with African stories for children in Danish. The English version will be launched in autumn 2020. Order directly at diallo@moussadiallo.com or buy in illustrado, Prinsessegade 50 kld.th, 1422 Kbh. K.

You can also buy here

Soon an album with tracks related to each story will be available in both Danish and English. 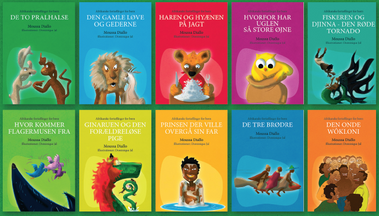 In 2018 Danish film animator Jannik Hastrup released the film 'Circleen, Coco & the Wild Rhino' for which Moussa composed and recorded the music. He is currently touring in schools and other venues with the music bringing the stories of Circleen and Coco out to both children and adults.
​The songs came out in 2018 on cd, vinyl and digital platforms in Danish, and they will soon be available in English as well.​

For cd's and vinyl: www.gatewaymusic.dk​ 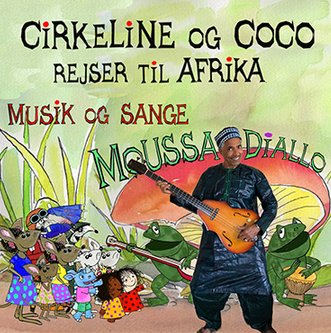 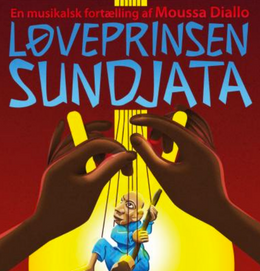 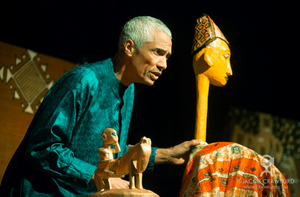 A MUSICAL PERFORMANCE WITH DANCING AND PUPPETS

Meet Sundjata the Lion Prince, Sogolon the Buffalo Woman, and the mean Queen Sassuma. Sundiata Keita was the founder of the Mali Empire and is popularly referred to as the Lion King.

Moussa Diallo has created a unique musical performance for DR Musikariet. On stage, he is joined by talented musicians, actors, and dancers. Sundjata The Lion Prince features beautiful puppets made by renowned Malian puppeteer Yaya Coulibaly.

The show premiered September 5, 2015 at DR Huset and was very well received by children and adults.

The book was released in 2004 in Danish, English and French along with the music related to the stories. Moussa started touring instantly after the release, and today the project still is in great demand.
Read below the preface from the book.:

"..some of my happiest childhood memories are from holidays spent with my grandparents in the village of Koulikoro – especially the evenings of storytelling.

There was no electric light in the village when I was growing up, only oil lamps. But the moon and the stars lit our way when, after supper, we would make our way to one of our grandparents for a storytelling session. A fire would already be burning when we arrived, and we had been taught to greet all the adults present very respectfully.

“Once upon a time…” the story always began, and with those words, magic was already in the air. Several hours later, when some of the boys couldn't stop themselves yawning with tiredness, grandma would finish the story saying, “And now I´ll put this story back where it belongs.”

That is the tradition in Mali, for as the wise old people say, a story does not belong to the teller, it is just on loan, and like everything else borrowed it must always be returned to its rightful place. My father had inherited my grandma's gift of storytelling and right up to his death he would delight in telling me some of the stories from his childhood.

Now I want to tell you some of the stories from Mali and therefore I have written the book 'Once Upon A Time ...' and recorded a CD with songs belonging to the stories. I´ll be very happy if it inspires you to begin storytelling yourself. Hope you will enjoy them... - Moussa " 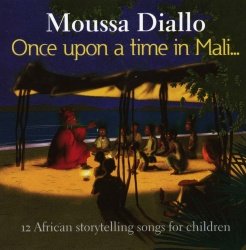 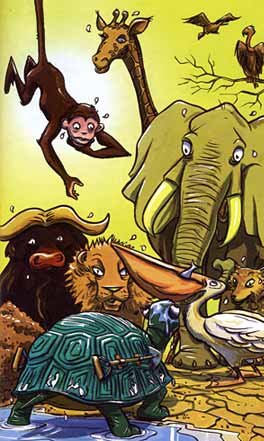